Greenhavens are supporting the campaign to protect and document our rights of way.

There was a really helpful article on the Lewes Eye website recently about how to claim a public right of way. The article also lets you know how best to report any problem with an existing path.

Peter Seed has been a local footpath secretary for the Ramblers Association for many years, and in April he was presented with the award for the category ‘Protecting and expanding where we walk’ at the Ramblers General Council in Manchester. This was in recognition of his work over many years in monitoring the rights of way in four coastal parishes in Sussex including Telscombe.

The award was well deserved for his tenacity in securing the re-opening of the right of way through the wastewater works at Portobello, Telscombe Cliffs.

This path had lawfully been closed on a temporary basis in 1971 by the Brighton Sewers Board to enable excavation of a section of the cliff and the construction of a new headworks on the foreshore. However the project wasn’t completed for well over a decade.  During that time part of the cliff top (over which the legal line of the footpath ran) had been excavated without the required authority. On completion the path was not re-opened and it seemed that local people had forgotten the fact that the path closure was only supposed to be temporary. 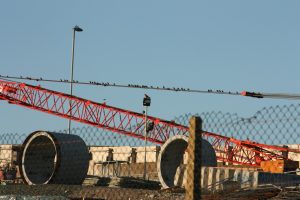 Following a meeting between Peter and Dave Brookshaw, Access Officer for the South Downs Society, which concluded that the right of way still legally existed, a campaign to bring about its re-opening was begun in 2005. East Sussex County Council as the highway authority with responsibilities to keep the highway, including rights of way, open and in good repair, stated they were unaware of the situation.

The campaign gained additional recognition locally with the support of Telscombe Residents Association which organised a cliff top protest in 2012. This in turn brought the matter into sharper focus, with Telscombe Town councillors giving support. Neighbouring residents associations and other local and national amenity organisations also joined in.

Over the years East Sussex County Council worked to find a solution to the problem. In the light of the excavation a number of diversions of the path were proposed most of which were unacceptable to one or more of the parties involved.

One proposal sought to formally ‘divert’ the path around the perimeter of the Portobello site where the public were already entitled to walk (which would have been tantamount to an extinguishment of the obstructed path). Other proposed routes crossed land owned by the on-site residents or ran over the covers of the planned new ventilation shafts and so raised objections.

In the event the route now open was accepted as a compromise and received no objections from the public. A celebratory re-opening and walk of the path was conducted by the mayor of Telscombe, Councillor Joanna Wilkins, on 30 November 2017 with many campaigners present. The route is now set to form part of the England Coastal Path.

Peter has also been submitting claims for some of the many historical unrecorded rights of way locally, to be legally recorded as such before the cut-off date in 2026.

Regrettably it is taking East Sussex County Council a number of years to process claims. However the twitten, an important pedestrian route linking Cliff Gardens on the original Cavendish Land/Charles Neville Telscombe Cliffs estate with Buckhurst Road on Frank Edgerton’s Telscombe Tye estate, has now been processed and successfully added to the Definitive Map of rights of way.

Well done to Peter, what a fantastic progress and a much deserved award.

There is still more to do to make sure all our footpaths are protected for the future. We heard what is being done to protect the footpaths in Peacehaven from David Seabrook:

“Peacehaven Town Council is well on the path to identifying and saving forgotten footpaths. A footpath working group has been set up and we have held the first meeting where we identified footpaths in Peacehaven that need saving.

Research is now underway and the working group will be looking for people who can provide evidence of using particular paths in due course. The working group includes Peter Seed as well as Dawn from Peacehaven Plodders, Sue Griffiths and David Seabrook.” 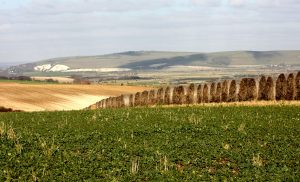 If you are protecting footpaths in your area, or would like to get involved in the campaign, do get in touch