Tree enthusiast Steven Teale looks at the seasonal and historical importance of evergreens holly and ivy to both people and wildlife.

Do you have a favourite Christmas carol? At this time of year, I dig out my favourite Christmas album, a collection of authentic seasonal folk songs, which includes a version of The Holly And The Ivy, just one carol that uses holly as its central theme.

The Holly And The Ivy was always a childhood favourite of mine, even if I didn’t appreciate at the time how steeped it is in pagan traditions appropriated by Christianity. The first stanza of the Christmas carol reads:

The holly and the ivy / Now are both full grown / Of all the trees that are in the wood / The holly bears the crown.

The lines are interpreted to mean that holly Ilex aquifolium and ivy Hedera helix, being evergreen, are the most prominent at midwinter, but that holly is worthy of divine comparison, the crown it bears representing Christ’s Crown of Thorns. Holly is king of the wood at midwinter.

The holly and the ivy

The song compares the divine attributes of holly and ivy to Jesus and the Virgin Mary. Flower, berry, prickle and bark represent purity, blood, the Crown of Thorns and the drink of wine mixed with gall, a bitter herb, that Jesus was offered but refused as he was led to his crucifixion.

The chorus contains some interesting historical and natural references:

O, the rising of the sun / The running of the deer / The playing of the merry groan / Sweet singing in the choir.

‘The playing of the merry groan’ refers to a stringed renaissance instrument that would have accompanied carol singers, although most modern versions replace ‘groan’ with ‘organ’. ‘The rising of the sun’ describes the rebirth and reappearance of the sun after midwinter, heralding the new year, and ‘the running of the deer’ refers to the tradition of hunting on the day following the winter solstice.

Holly is a winter browsing plant for deer and, historically, people would have felt the need to defend their ‘hollins’ (holly) from them. This hunt evolved into the indiscriminate killing of any bird that could be taken, including songbirds, which were then baked in pies. Thankfully, the hunt has been replaced by Christmas bird races, in which groups of enthusiasts travel across wide areas and compete to spot as many bird species as they can find. The Isle of Man’s Christmas Bird Race is a modern example.

Holly and ivy have held great significance for both people and wildlife since livestock and woodland were first husbanded as, being evergreen, they were used as fodder in winter. This importance is still reflected in both our folk and Christian winter traditions, especially our Christmas carols, in which holly does indeed wear the crown.

Read The holly and the ivy: Evergreen in winter 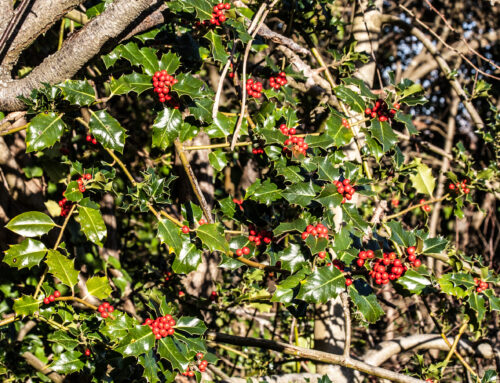 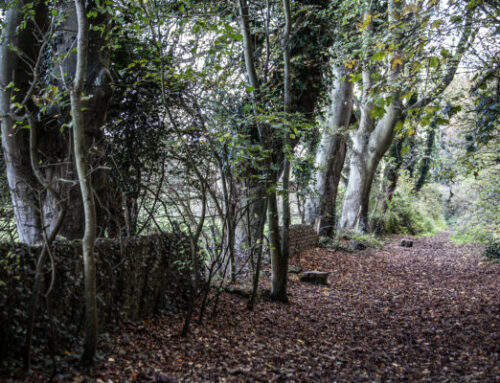