So excited to see my first sighting of the Cuckooflower (25/03) which is such an important food source for caterpillars of the orange tip and green veined white butterfly. 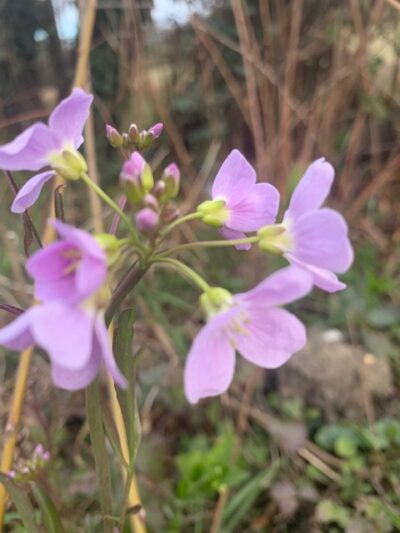 I have always called it Lady Smock – smock was once a slang term for a woman and it is said the nickname for this flower coincides with the Ladies spring time frolicking in the meadows!

This beautiful delicate flower loves to grow in wet grassland, so if you have a damp area in your garden or verge then this is a wonderful choice as it flowers from April all the way through to June. 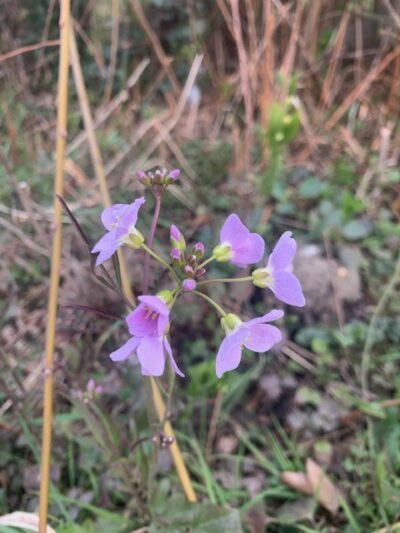 It was believed to be a sacred flower to the fairies and was never therefore included in the mayday bouquets, considered bad luck if brought into the house

With its fairy connotation, Shakespeare of course wrote about it in one of his early comedies, Loves Labours Lost.

When daisies pied and violets blue
And lady-smocks all silver-white
And cuckoo-buds of yellow hue
Do paint the meadows with delight,
The cuckoo then, on every tree,
Mocks married men; for thus sings he:
“Cuckoo!
Cuckoo, cuckoo!” O, word of fear,
Unpleasing to a married ear!

When shepherds pipe on oaten straws,
And merry larks are ploughmen’s clocks,
When turtles tread, and rooks, and daws,
And maidens bleach their summer smocks,
The cuckoo then, on every tree,
Mocks married men; for thus sings he,
“Cuckoo!
Cuckoo, cuckoo!” O, word of fear,
Unpleasing to a married ear! 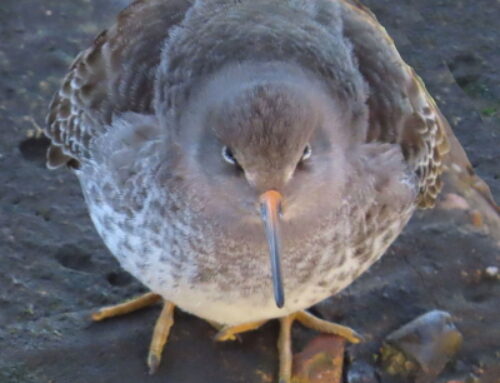