The Seaford branch line is a vital green link in the Greenhavens area. Not only is the railway line an essential sustainable transport option, but the track sides and stations are also essential green corridors for nature. Bishopstone station is particularly good as it has a platform that is completely out of bounds to passengers, and you can often see foxes and other wildlife taking advantage of the wild areas beyond the platform. 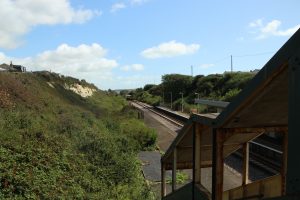 The building is interesting too. Catherine Simmons, the Seaford to Brighton line officer tells us more about the group of Volunteers that are protecting this historic building.

“The present Bishopstone Station was built in 1936 in the ‘Art Deco’ style and consists of an octagonal booking hall with side wings once containing shops and toilets. The design closely follows that of Charles Holden for London Transport. It is listed at Grade II as the station is unusual in having a cleverly disguised pillbox with wide gun ports incorporated into the roof. When the station was built in the 1930s it was hoped that this part of the coast would be developed as a holiday location but sadly it has since fallen into decline.

After being charmed by its unique design and location, Line director Jon Freeman and I supported the creation of Friends of Bishopstone (FobS) now with 12 members, chair, committees and a project plan. FoBs has now officially adopted the station, carried out station events, has its own website, and Twitter account and has joined the Greenhavens Network. Support has been gained from GTR, Network Rail, local planning department, local architect and the Railway Heritage Trust for a long term project to restore the stations art deco style.

A recent meeting between FoBS, GTR, Railway Heritage Trust and Station Manager saw organisation of our short/medium and long term aims taken from the project plan. The next steps will be a structural survey and feasibility study and the creation of drawings showing the potential community use of the station. FoBS continue to unearth some incredibly interesting historical documents showing the station plans and discussions with local residents and the ticket office staff give a human perspective.
The Friends of Bishopstone continue to make small steps to improve the appearance of the station and involve the community in this great asset. “ 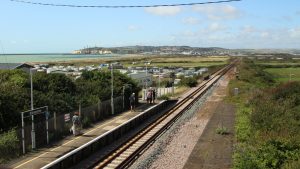 In August the Friends organised a Friends of Bishopstone Station History Day event which was very interesting and well attended. 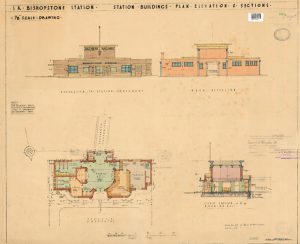 “After months of research by members of the group led by Jim Stanford some fascinating displays had been created and accompanied by a historical tour from Jim pointing out the stations interesting historical features. Bishopstone is an Art Deco style grade II listed building with added gun turrets (not something you see every day!).

The event was attended by Una, the last Station Mistress at Bishopstone, now in her 90’s and opened by the new mayor of Seaford Nazish Adil, and Town Crier Peter White. Sporting its new flagpole and Friends of Bishopstone Station flag kindly donated by Network Rail the station had never been so busy! With over 100 people passing coming along throughout the day and an amazing £284.61! raised for the groups planned renovations.

Well done to everyone involved and thank you to all of those who attended to make this such a special day!”

The group are looking to green up the station and have received donations of planters and plants from Burleys and Paradise Park. They would love to do something more permanent so please get in touch if you can help. 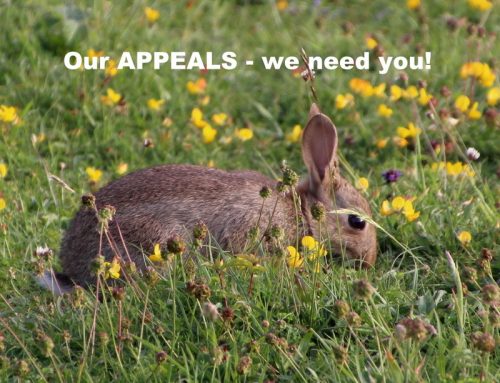 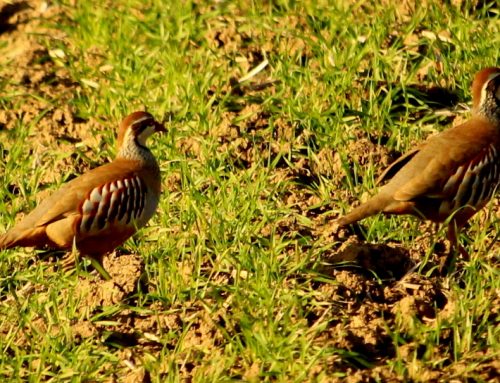 The 12 days of Christmas from Greenhavens.. 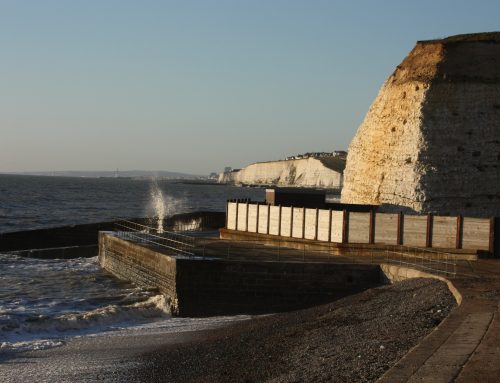 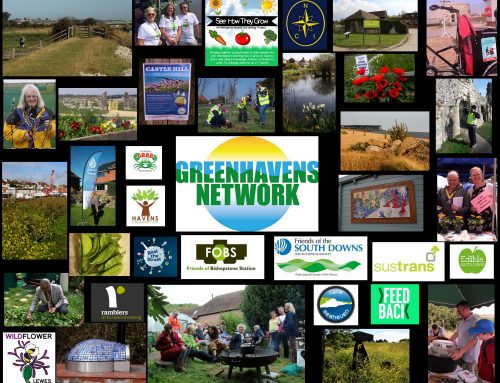